The Man Behind The Magic: Q&A with Celebrity Hairstylist Frederic Aspiras 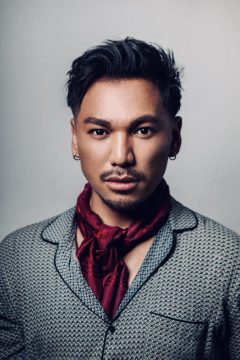 How did you get your start?

I moved from San Francisco [to L.A.] after declining a huge job offer with a makeup company. It was everything I thought I wanted but I felt I needed to push myself and follow my dreams. It was a huge risk!

I started from the bottom doing shoots—half of the time for free—to build my portfolio. I had to freelance
at department store makeup counters. This went on for almost four years until one day I got a call out of the blue from Kent Belden (who is still my agent to this day) whom I knew from doing small jobs here and there. He said Paris Hilton was attending the Kids’ Choice Awards and needed someone to do makeup and hair. At that time, not a lot of people were doing both hair and makeup, but having grown up learning everything about beauty, from hair, makeup, nails, skin, et cetera, I was well prepared for this moment. I showed up at her house and the rest is history. She took me on to do four TV shows, we filmed around the world and did numerous campaigns. It was one of the best times in my life.

Your mother was a hairstylist. How did she inspire you to pursue hairstyling as a career?

I guess you can say a mother’s intuition is always right! As a child, my mother, Suzie Nguyen, saw something in me that I didn’t know of myself. I loved the arts, fashion and beauty, and because my sister was a teen model, I would go with her on castings and shoots and get a firsthand glimpse of that world. I would help her with her makeup and hair, and my mother would ask who did it. When she found out it was me, at the early age of 13, I started to work at her salon on weekends. I started by helping her with chores and watching her as she worked on her clients. This went on for many years until I became my own stylist.

It was at her salon that I truly became myself and was allowed to create. She inspired me to lead with compassion and integrity when working with clients.

Her work and business ethics were unparalleled and have made me want to be just like her. As a single mother, business owner, and immigrant from Vietnam, she believed in hard work and smart wits. She always had high hopes for her children and made sure that when I told her I was going to pursue a career in beauty, that I was fully prepared. I’d say she did a fine job!

You’ve become quite known for your work with wigs. What do you most enjoy about working with them?

In 1994, when I started doing hair professionally, there weren’t a lot of professionals using extensions, let alone wigs. Growing up in San Francisco in the ’90s was an explosion of culture: 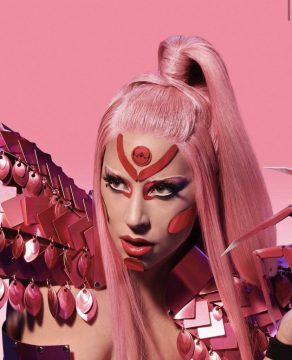 I had such a diverse group of core friends, a lot of whom were artists and performers like me and I would do their hair and makeup using every colour in the rainbow, along with various types of wigs and extensions. I found that by stepping out of my comfort zone and using other tools, a look became more exciting and really showed my point of view. Wigs and extensions took the fantasy and made it reality. I always have wigs and extensions in my kit.

Of course, we have to ask about Lady Gaga! How did you start working with her and what has most surprised you about her or your partnership?

One day, after returning home from another long international trip, I got a phone call from my agent asking me if I would like to work with an upcoming artist named Lady Gaga. [At the time], I had just watched her “bleed” all over herself on TV and, like everyone else, was intrigued as to who this person was. She needed someone to go with her on a short two-month theatre tour to promote her album, The Fame. I honestly had doubts—not because of working with her, but I didn’t want to start another journey with another client when I already had so much work. But something inside me told me to go for it, so I accepted the offer. It was going to be a short two-month gig going across the country but one thing led to another. Fast-forward 11 years and who could have known she would become one of the world’s most respected and beloved artists? 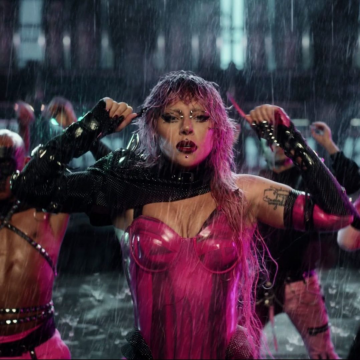 She’s a wonderful human being, first and foremost, and our partnership is more like a friendship, with much respect for what we both bring to the other’s life. She’s always had a way of bringing out the best in everyone she works with, so in the beginning it wasn’t as easy as it looks now. I definitely and ultimately had to prove myself. She gave me freedom to create and make things for her, but with that, a lot of self-doubt and ego can take over. I’ve learned over the years to trust myself and become my own leader. In all, she has made me a better person than I was the first day I met her—not only with my art but as a human being.

Earlier this year, you worked on her music videos, including “Stupid Love.” Tell us about your vision for her hair (in terms of the colour and overall look) and how you brought it to life.

For Gaga’s hair colour, I was inspired by the concept of the music and the vibe of the album. I wanted the pink hair to have a special metallic, chrome finish and unique glow. I created dimensions within the hair colour by placing multiple shades of lavender, purple and bright pink throughout the interior of the hair and strategically on top of the hair. It was important that it have a lot of shine and silky movement. I wanted it to move like water and make splashes of pink when she danced or moved. 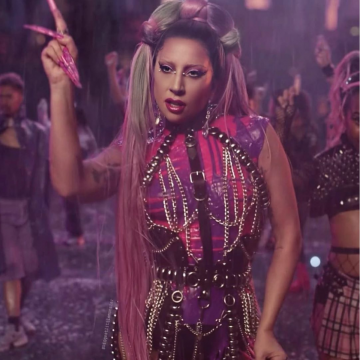 Having someone like Gaga challenge me artistically is a gift. Being able to showcase my creativity is the result of years of work and trust that she and I have built.

What would people be surprised to learn about you?

I am a complete nerd when it comes to the history of fashion and trends. I just love knowing when and how things were made and when they were used. You could say I’m a walking historian of pop culture and fashion. Also, I am very passionate about animal welfare. It’s been a mission of mine for a long time to help support animal shelters and their cause.

You’re a celebrity guest artist with Joico. Tell us about your role and what you most enjoy about working with them.

Partnering up with Joico this past year has been the most rewarding experience. The camaraderie and support within the team is remarkable. When I approached [the brand] about using their products, it was an immediate match, as I have been a fan for a while.

I work with a lot of blondes and Joico is the best when it comes to the health of hair—especially for blondes. And now that they have perfected protection for chemical treatment services, I am free to create colours and styles with the peace of mind that the integrity of the hair will be protected.

What are some of the hair colour and styling trends you’re seeing this year? Any predictions for 2021? 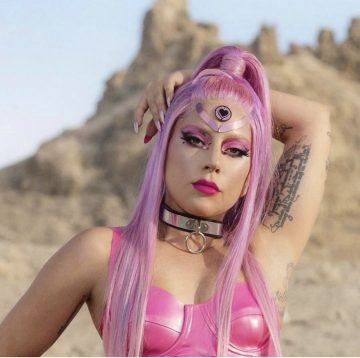 Since the music video for “Stupid Love” has finally come out, Gaga and I have been teasing the pink hair for a while before the release, so it’s nice to see that colour be popular again. I enjoy seeing a lot of very avant-garde colouring and tones. Hopefully for 2021, more stylists will really express their art with more diverse colour palettes. I want to see new tones being introduced to the mainstream.