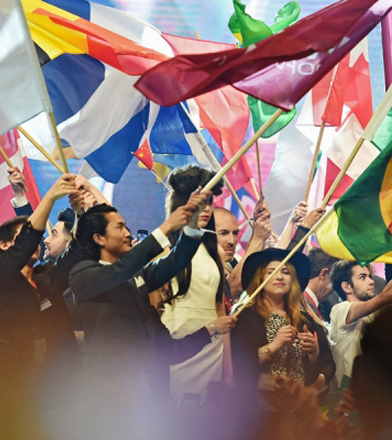 Here’s why live hairstyling competitions are still an important part of the beauty industry.

Hairstylists and beauty professionals are coming together Saturday January 16 for Hairworld Mix at Avenue Nightclub in Vaughan. Featuring live stage performances from hairstylists from Toronto-area salons, this event will help send members of Team Canada to compete at OMC Hairworld 2016 in Seoul, South Korea. We spoke with Wella Professional’s vice president of education, Fabio Sementilli who will emcee the event (and was the Canadian team trainer in 2006 and 2008) to find out how live competitions can make you a better hairstylist.

According to Sementilli live stage competitions are one of the best ways to up your cutting and hairstyling game. “It forces you to work on your technical skills, and shows how committed you are to your craft,” he explains, adding that competitions like OMC Hairworld really focus on the artistic aspect of hairstyling, rather the the commercial one.

As much winning is the main focus at competitions, Sementili says “this is a hairstylist’s chance to represent their country and shine on the world stage.” Competing as a team also allows you to build connections with other hairstylists around the world, something that Sementilli holds near to his heart: “To this day, I’m still good friends with people who were on my team.” 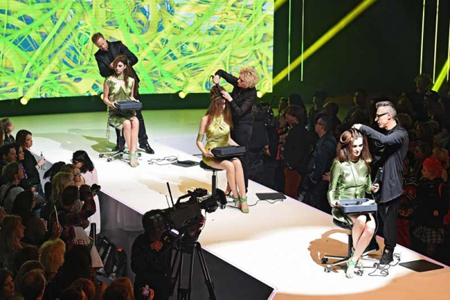 Semetilli is a fan of social media and gives props to beauty professionals who are making their mark on platforms including Instagram, but garnering thousands of followers on social media isn’t enough to build a solid career. “Canadians are fabulous hairstylists, and really strong creatively,” he says and that’s in part due to the experiences offered through live competitions which includes offering a platform that celebrates the purity of the craft of hairstyling.