Tips And Tricks On When To Use Clippers Versus Shears

When deciding on which tool to use for a haircut, factors such as hair type, texture and the client’s desired style can all affect a stylist’s decision. However, in many cases, the options they choose often come down to personal preference or comfort level.

“There are certain techniques and finishes that you can get with a shear that you can’t get with a clipper and vice versa,” says Benson Hedges, a BaBylissPro educator and owner of Office Hair Studio in Richmond Hill, Ont. “When you equally master both tools, that’s when you become more versatile in your haircutting and start to bridge the gap between hairdressing and barbering.” 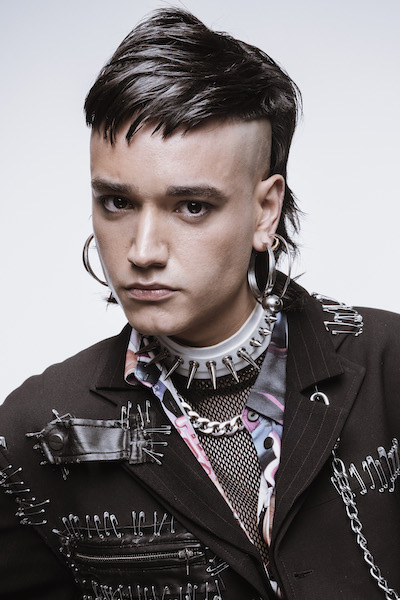 As a hairstylist or barber, there can be a misconception that you have to make a choice between using shears and clippers. However, instead of trying to decide which tool is your go-to, it’s beneficial to start thinking about how one can be used in combination with the other.

“There’s still a small group of clients that still have to go to a barber to get the sides of their hair cut, and then to a stylist to get the top of their hair cut,” says Corey Bakon, an Andis educator and elite stylist at Chatters in Surrey, B.C. “For styles that have a taper or a fade on the side with any amount of length on the top past an inch and a half, being able to use both tools is going to be beneficial. It will give you consistency and you’ll be able to hide any lack of density in the hair.”

“I rarely, if ever, use a single tool, which allows me to customize each cut and makes it more difficult for other stylists to copy,” adds François Bouffard, an Olivia Garden and Joico artist, and owner of L’Atelier d’Art Capillaire in Sherbrooke, Que. “It’s important to bring a signature look to services. Each head is unique, from the growth pattern, cowlicks, and the volume to the imperfections that require us to adapt the cut with different tools.”

Getting To The Finish Line

“Scissors allow for greater precision and definition, as well as more defined control of the cut,” adds Bouffard. “Clippers are good for speed of execution and allow you to cut very close to the scalp.” 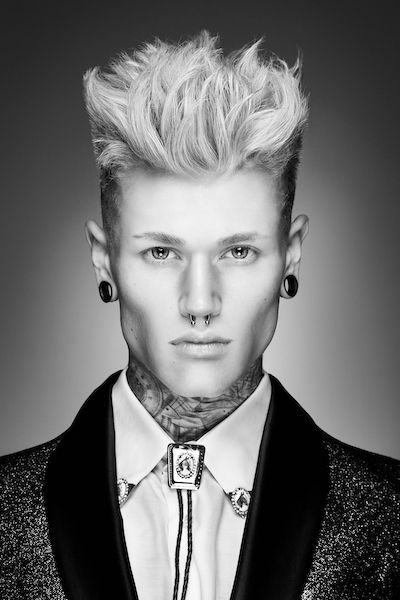 When To Use Shears

Shears can be used on both long and short haircuts, but they’re the ideal tool when looking for precision and feathering.

“I use shears for all cuts, both for men and women,” says Bouffard. “They allow me to sculpt, define and texturize the hair with precision. In men’s cuts, shears allow me to customize the cut and to make the final touches so there are no imperfections left behind after using clippers.”  Hedges says he decides which tool to use based on the length of hair the client is going for.

“In terms of a shorter haircut, anything after the parietal ridge at the top, which is after a number two or three on a clipper, which is when I transition into using shears,” says Hedges. “For longer types of haircuts—a shag, for example—I’ll primarily use shears and maybe at the very most I would do some very light clipper work at the temple or the nape of the neck, depending on the length the client is going for.”

“If I want to create a clean line on a client, like a strong bang or execute a wet cut, I would definitely reach for my shears,” adds Bakon. “Although a lot of clippers can handle wet hair, shears are definitely the better choice because of the level of detail you can achieve with them.”

When cutting textured hair, it’s important to consider the precision you’ll need in order to execute the cuts, as well as your client’s hair history. “When I’m cutting curly hair, I’ll usually use my shears,” says Bakon. “Clients with curly hair can be nervous because of bad past experiences, and shears allow me to detail each curl once the hair is dry to finish off the look.”

“We can see when a stylist or barber uses the wrong tool, especially where the parietal ridge is, which is a very essential part of the haircut. If they overcompensate with clippers, you’ll see that the haircut ends really high and you lose that square shape. With shears, some areas can be too long and the blend can look very choppy.” — Benson Hedges, babylisspro educator and owner of office hair studio, Richmond Hill, Ont.

When To Use Clippers

Clippers are a great tool to use as they allow for speed of execution and are very commonly used on shorter hairstyles, which may include tight fading, classic barber styles, design and beard work, afro shaping and any cut that requires under one inch in length.

“Clippers will come in handy because if you put on a really long guard and you angle it with traditional barbering techniques, you can cut the hair and still have it be very long and even,” says Hedges. “You’d be able to skip that angling process you’d have to do with shears, and you can save a lot of time. You’re still able to cut the hair very clean and then go back in and feather the look out with your shears.”

“Clippers are great for very short layers and skin fades,” says Bouffard. “Work at an arm’s-length distance from the client for better control and to ensure you have an overview of your work. Avoid following the rounded shape of the skull with the guide and identify the pivot points by pressing a comb flat on the side of the head and tilting slightly upwards. This will determine where to move away from the skull.”

“I use clippers for shorter cuts that require fading or tapering, and a transformation cut from very long to very short to remove the bulk of the hair,” adds Bakon. “I’ll also use them to achieve geometric shapes, such as a curly afro or something very avant-garde, and even on a client’s neckline to create a clean finish.”

If you’re struggling with control when using a clipper, try using a clipper-and-comb technique instead of a clipper with a guard. This will allow you to stay in control of the overall shape of the silhouette.