Tips for Dealing with Negative Reviews

We all love how social media has permitted stylists and salon owners to showcase great work. But what happens when one of your unhappy clients steps up to the mike to tell the world how she feels? Here’s how to handle scalding feedback, without getting burned. 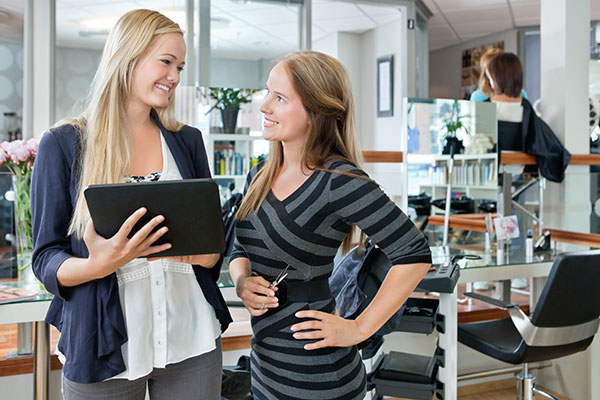 According to Kassidy Goodall, content marketing and social media specialist for Chatters, always do your best to respond to the bad review as soon as possible. “It’s important to make the person feel heard and take their comments seriously,” she says. Whenever she spots a negative comment on Chatters’ social media feeds, she reaches out to the client, acknowledges the complaint and asks them to email the company’s customer service department. “This gets them out of the public view and is also a way to handle the situation in a responsible manner, letting the client know we think their comments are very important.”

In some cases, the client is pleasantly surprised someone is taking a sincere interest in their complaint and the issue is resolved directly into the comment. “In some situations, the client won’t take it further and they don’t even email us,” says Goodall.

Kelly Araujo, a master stylist at Medulla & Co. in Toronto, says that people often like to say things on the internet because it’s easy. “They can get really emotional about some stuff. We all have bad days and sometimes it’s good to see the other person’s perspective.”

Even if you’re left to handle feedback that’s overly negative, she says there’s still a need to be considerate in your response. “It’s only fair you go through with the process. It’s hair, so of course you’re potentially going to feel emotional. It’s important to remember that sometimes there are miscommunications between the stylist or the colourist and the client, so follow-up is key.”

When a complaint is of a critical nature, such as in the case of physical harm, Chatters’ legal department gets involved. “We do have each client sign a waiver prior to specific services involving chemical products, and we always address allergies and previous hair product usage during the 15-minute consultation,” says Goodall.

An in-depth consultation is a way to help prevent these types of complaints, so it’s a good thing to keep in mind when implementing business practices in your salon.

As much as Yelp was a popular consumer review platform just a few short years ago, people are primarily voicing their opinions on Google and Facebook now. “Ninety percent of [the complaints we receive] are on Facebook. There aren’t many on Instagram, but sometimes people comment there as well,” says Goodall.

“Selfies are another type of review,” says Araujo. “If a client shares a photo eight weeks after her haircut and says how great her hair looks, that’s [fantastic marketing for us].”

“You see the power of social media when supporters of your salon start defending the company,” adds Goodall. “It’s great, because other people are doing the job for you.”

Should You Request Reviews?

“It has to be genuine for it to be meaningful,” says Araujo. “It’s not a tactic we employ at Medulla & Co. Whether the feedback is negative or positive, in person or online, you need to be open to hearing what the client is telling you.”