After a successful two days of presentations, seminars and shopping sprees, the Toronto Allied Beauty Association (ABA) show came to a wrap Monday evening. Beauty professionals and cosmetology students packed into the Toronto Metro Convention Centre on Sunday, March 26 and Monday, March 27 to see all the latest products from their favourite brands, connect with distributors, score some show promotions and get inspired from some of the industry’s top talent. Here are some of the highlights from this year’s annual Toronto ABA show.

Confessions of a Hairstylist Debuting the Wanderess Collection 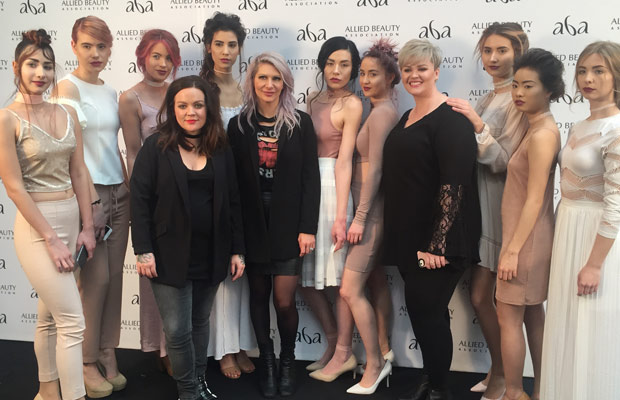 Jenny Strebe (aka Confessions of a Hairstylist) drew a major audience on both days, showcasing some simple, yet intricate-looking braided styles and updos from her new Wanderess collection, which she released at the ABA, on the main stage. Editorial stylist Traci Barrett and colourist Cassandra Platinum joined Strebe on stage to show off their skills alongside the braid queen. Those lucky enough to get into Strebe’s workshop were able to get some hands-on training and insider tips, too! (See our Facebook page for our live video from the show.) 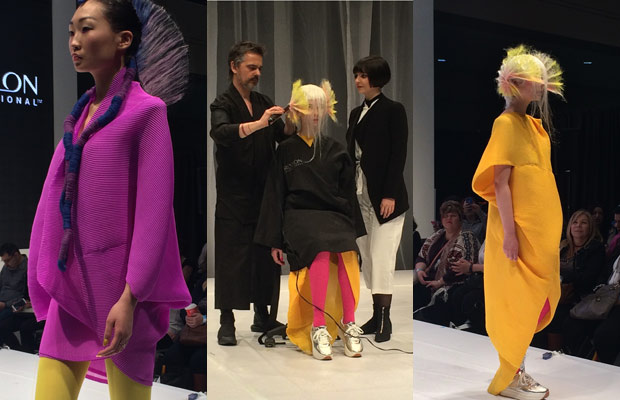 Revlon Professional brand ambassador Stéphane Scotto Di Cesare has been making waves in the Canadian hairstyling community and his presentation on Sunday brought some avant-garde flair to the Revlon Pro stage—along with a large crowd. 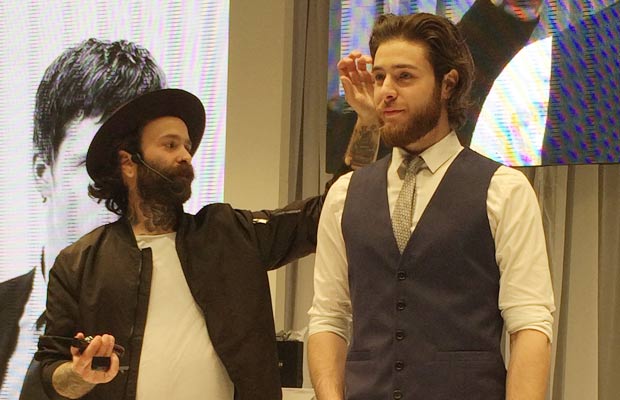 Contessa 28 Fan Favourite winner Pete Goupil made his way to Toronto from Quebec to take to the American Crew stage. Goupil shared a little taste of what to expect from the new Master of Men’s Grooming program.

Battle of the Barbers Crowding the Main Stage 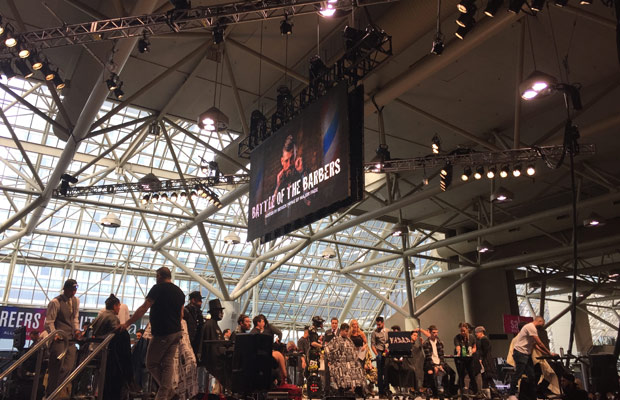 Battle of the Barbers saw the main stage fill up Sunday afternoon with competitors and their models, taking up every last extension cord and outlet as they flexed their creativity. First place went to a precise cut and feather hair tattoo by Mardin Lopez of Mardin’s Barbershop. Kelly Lefebvre placed second and Madat Essa of Groom for Men Inc. took third. 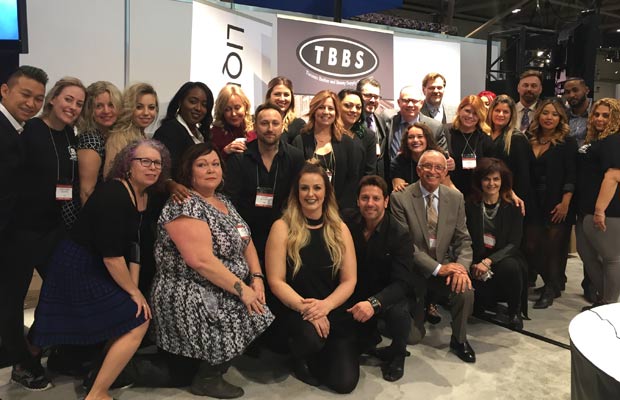 Toronto Barber and Beauty Supplies celebrated its big 8-0 on Sunday evening. The team showed up in full force to the Toronto ABA, with the distributor’s multitude of brand partners on gorgeous display. David Kauffman and his daughter Morgan reminisced of the days when she used to attend as a little girl, selling her jewellery at the family’s TBBS booth. Now she’s about to graduate for jewellery design and the family-run company its celebrating 80 years. Time flies, doesn’t it? 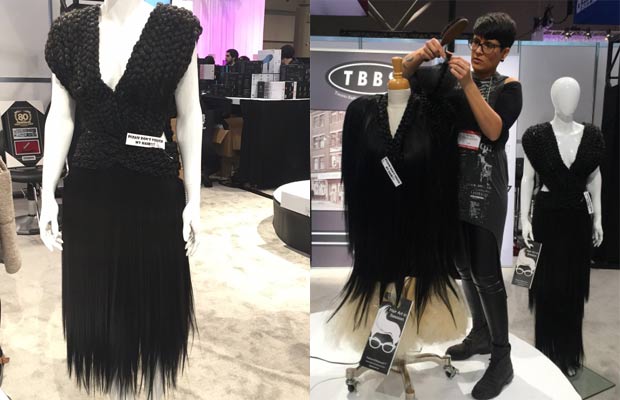 Showing off the power of her Luxe Sublime hair tools and letting her creativity flow, Contessa 27 winner Palma N’Sheluvzit inspired the show’s attendees with her wearable hair art, plenty of detailed hair braiding and texture included. 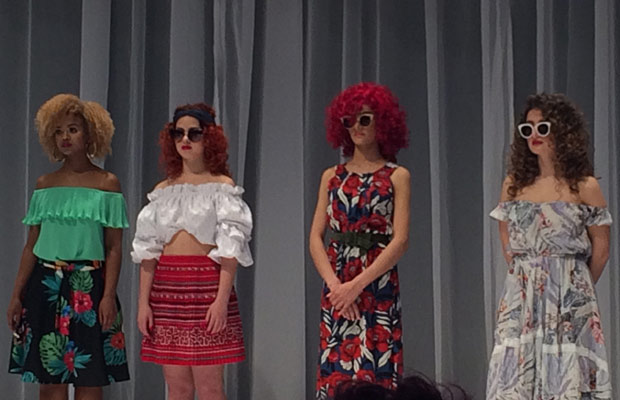 The brand introduced its three energetic and vibrant looks from the latest colour collection, the Havana Collection. Red, copper and blonde are on display in this fresh curly collection full of summertime vibes. 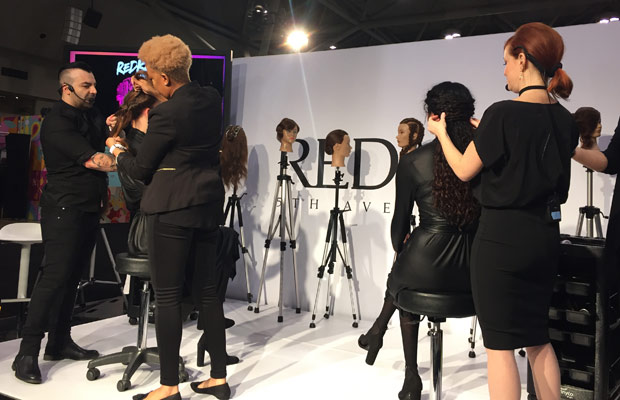 Jorge Joao, lead stylist for Redken Canada, and Cindy Duplantis, Redken artist and educator, took to the Redken stage to showcase some Toronto Women’s Fashion Week looks. The duo broke down the runway trends into simple steps that stylists can easily achieve in the salons, even when you’re crunched for time. 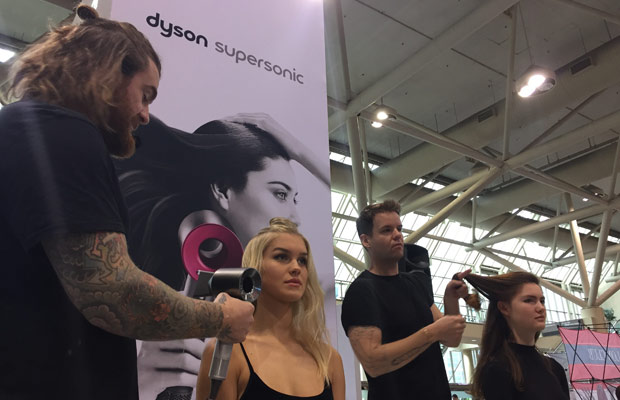 Business never slowed for Dyson, with the Dyson Supersonic hair dryer being a hot commodity. Celeb stylists Matthew Collins and Justin Rousseau demoed the compact dryer that packs a major punch, while offering up tips on how to get the best blow dry and how to create soft s-waves with the Dyson in hand. 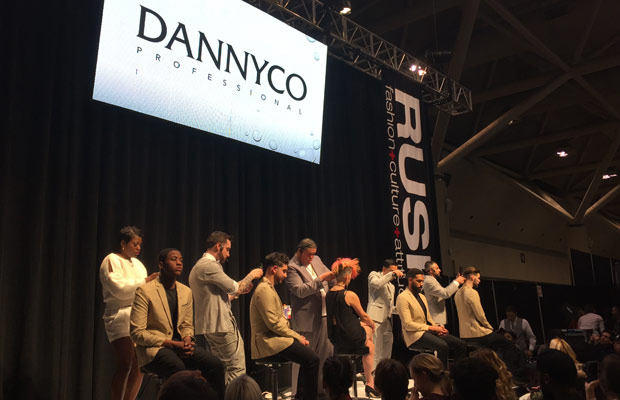 Dannyco got creative with its stage presentation Sunday morning, inviting five pro barbers to the stage to style five models. The creative twist? No one barber styled no one model; each style was a creative team effort, with the stylists switching up the models they were working on throughout the presentation. 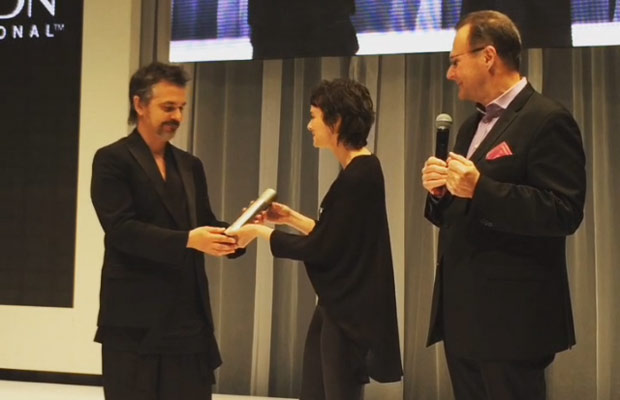