We went behind the scenes with Redken and CND at Toronto Fashion Week (TFW) x RE\SET 2019 and got the lowdown on the hair and nail looks and trends featured throughout February 5-7, 2019. 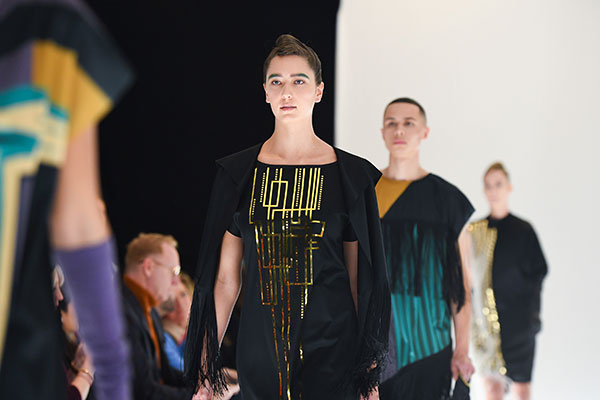 For the inside scoop on all things hair, we spoke with Jorge Joao, lead hairstylist for Redken. Here are some of the trends we saw backstage.

Classic with a Modern Twist

For Zoff’s formal collection, Joao explains the hair looks featured were classic looks with a modern twist to complement the designs.

“We wanted to keep the hair simple and fresh from the front, but when they turn around there’s a little bit of interest. We worked with a bun—took out the side sections and took everything into a low ponytail,” said Joao.

“We twisted the sides and wrapped it all around the bun, so it looked like a rope. It’s one of those things that looked more complicated than it was.”

According to Joao, another set of looks featured retro-inspired styles and bright colours.

“We saw a lot of bright colours in hair with a very 70s-vibe on day three,” said Joao. 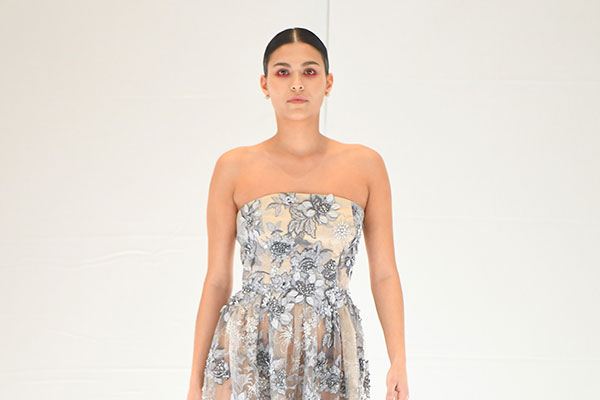 Joao explained that some of the looks were inspired by traditional Indian weddings and featured embellished braids.

“Some looks were very bridal and inspired by Indian culture. They were very formal, with long braids in the back with traditional accessories,” he said.

“On day two, Zoran’s show featured French twists that went from hairline to hairline giving a bit of an avant-garde feel,” said Joao. “It was super fun and all together they looked like a futuristic squad.” 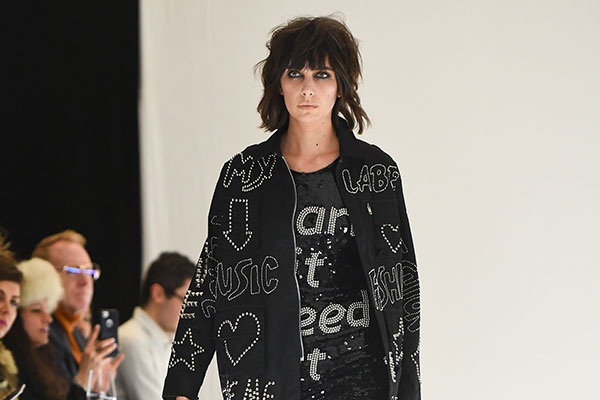 #ICYMI: CND teamed up with Toronto-based salon Her Majesty’s Pleasure to create looks for TFW that gave us some major #nailinspo!

“Alan Andersen and Zoff have a really beautiful collection. Because there’s also jewelry, what we’ve done is given long, beautiful, almond-shaped nails. They are all in varying skin tones and nudes, so it’s a perfect complement and just a beautiful, elegant walk down the runway,” said Mather

I designed the nails for the Kiki De Montparnasse show. The designer wanted nails that were in keeping with the femininity of her collection. The nude tone we used was mainly Nude Knickers, which is nice because it’s kind of glowy, so it really sort of mimics the look of lingerie on the skin, and how it has a bit of a nude tint. We did an overlay with a very fine, black lace French to mimic and create the look of lingerie on the nails,” said Di Lullo.

“Hillary MacMillan’s collection had an emphasis on plaid,” explained Nguyen. “To play along with it, I went with a neutral pallet which included deep burgundy and navy shades and layered some together for more texture before putting a plaid pattern on top.”

“We created a henna-like effect by starting with light-pink, nude nails, which gave a bridal and romantic feel. We then added Swarovski jewels which tied into the whole idea of the manicure and the hand looking almost like a glove,” said Kardan.

“This was a great opportunity to mix softness and strength with the beauty and simplicity of Swarovski crystals,” said Causarano.