We went behind the scenes with Redken and CND at Toronto Fashion Week (TFW) S/S 2019 and got the lowdown on the hair and nail looks and trends featured during the hattrick of shows on September 4 to 6. 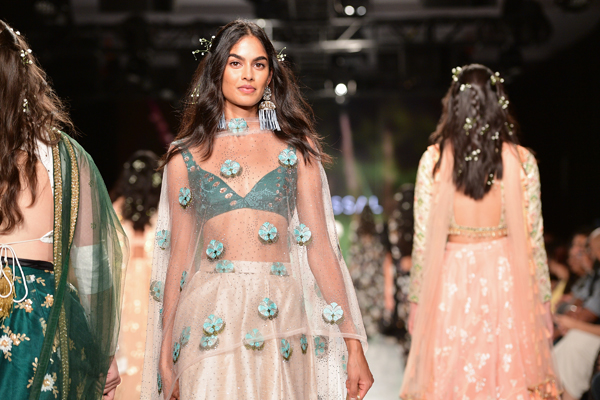 For the inside scoop on all things hair, we spoke with Jorge Joao, lead hairstylist for Redken.

According to Joao, the first day of fashion week kicked off with fresh and feminine bohemian and bridal-inspired looks. “On day one, we saw a combination of bohemian and festival hair. The looks were mix and matched and featured braids, tousles and undone ponytails.”

Get the Bohemian Look:

The “wet” trend was seen on day one in the Narces’ show and continued throughout other TFW shows on day two. “For Sid Neigum’s show, we worked with slick, condensed, clean hair tucked behind the ear and covered it with product, giving it an iridescent and holographic feel,” says Joao. 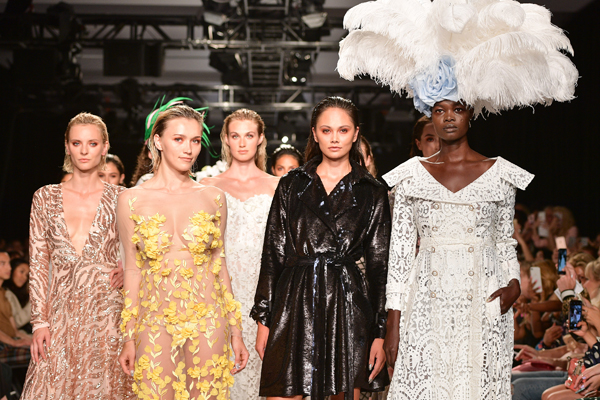 Seen throughout David Kollar’s men’s collection, Joao described the hair looks as “edgy”, which were created by working with the models’ natural hair textures. “The looks were done and put together, but with an edge. They were slicked back and clean with a bit of a pompadour.”

Deriving from an unique inspiration source, a trend seen on day two was described by Joao as an “Italian grandmother theme”, which featured low buns with side or centre parts, tied loosely at the nape of the neck. Along with low buns, we also saw many ponytails. “A ponytail can be at once elegant, young and fun – don’t take yourself so seriously!” said Joao.

Get the Runway Ponytail Look:

“For Alex S. Yu’s show, we did a lot of unconventional looks, which included putting stripes on hair using product,” says Joao. “Another interesting use of accessories was for Daniel Gregory Natale’s show, where we created traditional chignon buns with banana clips to place on the hair.”

For the lowdown on nails, we chatted with CND’s brand manager, Danielle Causarano and education manager, Jennifer Mather.

#ICYMI: CND teamed up with Toronto-based salon Her Majesty’s Pleasure to create five looks for TFW that gave us some major #nailinspo!

The nude nail trend was featured in multiple shows on the runway this year, with a special touch. “Everything is a little bit of “retro unboxed” this year. Everyone has gone with the usual nudes or pastels, but have all added different qualities to those colours,” says Mather. “For Narces’ show, Her Majesty’s Pleasure used dried flowers.”

“For Victoria Hayes’ show, there was a contrast of colour, which included coral, crimson, pale blues, greens and yellows all working together. She had a very unique “vintage-Miami” feel,” says Mather.

3D-inspired nails were a big hit at TFW this year. Mather says, “Hayley Elsaesser’s show featured animated nails; from plaids to fried eggs to a whole bunch of different three-dimensional things on the nails. Everything took a bit of depth or reflection this year.”

Combining finishes was an ongoing nail trend this season. Causarano explained the versatility of this trend and why it’s here to stay. “With nail art, there’s so much flexibility. We’ve just started to explore all the things we can do with multiple textures and finding new ways to play with them.”