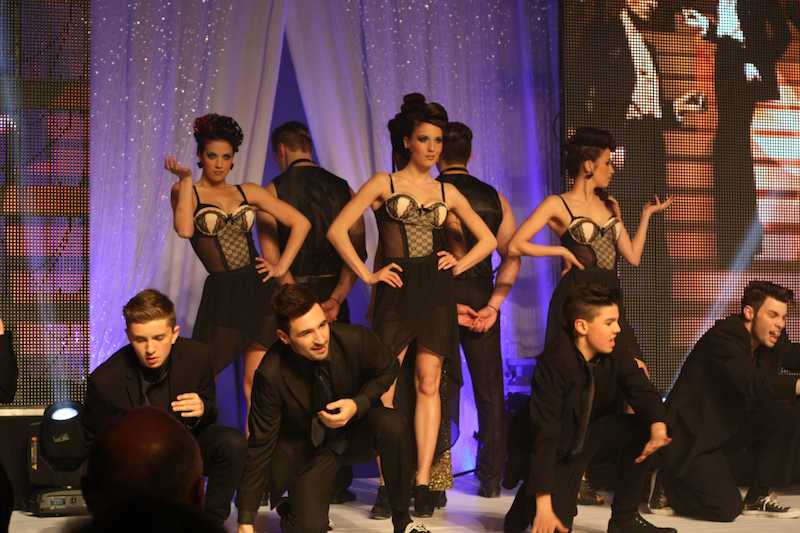 What: A full crowd of coiffed-and-styled hairstylists came to the first Canadian Essential Looks Colour Buzz runway show, which debuted the four trends for Spring/Summer 2013, interpreted for the runway and the salon on both short and long hair. The show-stopping performances by talent from Montreal’s Mikada Salon captured the essence of each of the trends—White Angles, Mono Mods, Glam Chic and Electric Youth—to inspire salons with the season’s hottest looks. White Angles keeps the focus on simple lines with a minimalist palette; Mono Mods revives the circles and spots of the ‘60s through round shapes; Glam Chic evokes the sexy and sophisticated by mixing masculine and feminine elements; and Electric Youth is a street-inspired trend that shouts out loud with unconventional colour and disconnected cuts.

Highlight: Kim Vo, Blonde Ambassador for Schwarzkopf Professional, was a dynamic special guest who presented five cuts and styles for fashion-forward blondes. Vo debuted the looks in a white-hot presentation at the runway show, and gave a class on how to create the looks the following morning, which was attended by more than 300 guests.