With only one chance to get it right, David Andreas Kyrkiris delves into his experience at the American Crew All-Star Challenge, held this year in Rome, including what it was like to shoot with the brand’s founder and the next chapter in men’s trends. 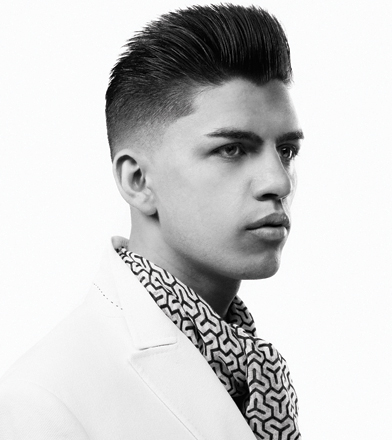 On entering the competition

“I knew I had the skills and wanted the experience. When I asked my boss, he also believed in me and pushed me to do it. At the beginning I wasn’t entering to win. I did my best—I wasn’t competing against anyone but myself. That was my first shoot and I hoped to win, but you can’t expect that you will win instantly.“
–David Andreas Kyrkiris

“With a haircut in normal life, you try your best, but you can’t be creative or eccentric. For me, a photo shoot is much more personal.“
–D.A.K.

“We were all nervous—for many of us, this was our first time, and we felt we were so blessed. It was very instinctive, and we chose with both our brain and our heart.“ –D.A.K.

A matter of time

“It’s like having someone come into your salon and tell you they are in a hurry. You have to find a cut and style it and make it look professional, and it has to be done quick to create the look. You really can’t do much, so you definitely can’t overthink it. You have to do something that the model would also accept. You have to listen to the request of the model—the starting point is from scratch.“ –D.A.K.

On working with David Raccuglia

“From the initial photo shoot, David takes a whole bunch of shots; you select the angle you like best and then choose from those. David was so great to work with and he’s actually pretty funny and very relaxed, so it was really terrific.“ –D.A.K.

“For Rome I chose the flat top, with a three-cut-in-one philosophy. That means I could have the look slicked back, leave a bit of fringe in front or style it as it was here. The look was very versatile and the square shape is big for American Crew, which thought was important to respect.“ –D.A.K.

“I was looking for one with a beard, but the hair texture was also important. I was looking for hair that wasn’t too tough to work with and I figured that I could work with him. For the photo shoot, I wanted someone with dark hair that holds well because, when you cut short, you can see the fades and the gradual transitions.“ –D.A.K.

“The model inspires me. Even if you have something in your head, it may not turn out. As you work, you add things. For my Canadian entry, I practised a lot in terms of styling and I tried many different versions of the same haircut.
–D.A.K. 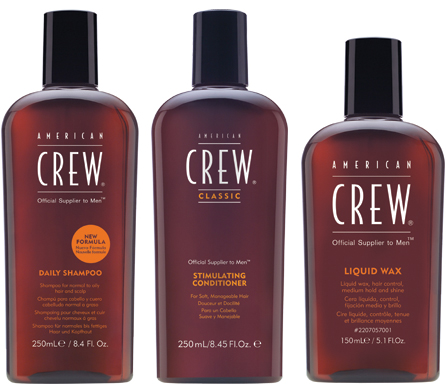 “It depends on the result you want to have and the hair texture. For me, I used the Fiber and Liquid Wax before blow-drying and the Shampoo and Daily Conditioner—all from American Crew, of course!“ –D.A.K.