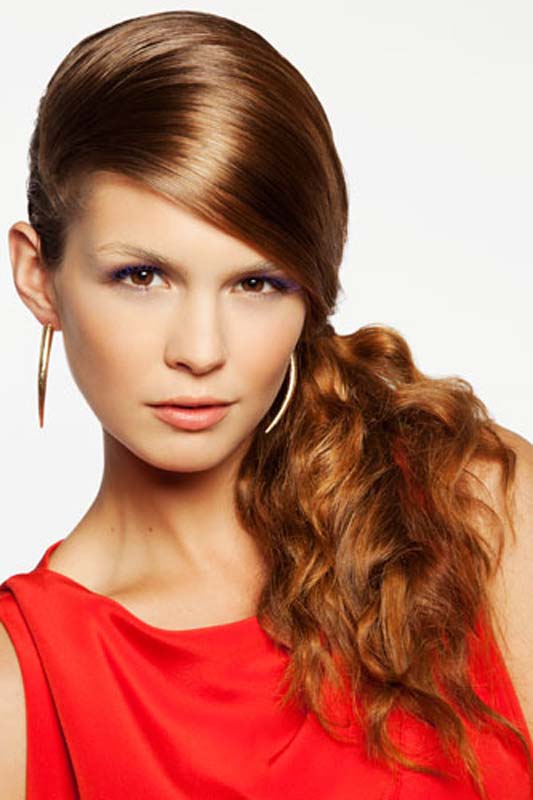 Our Editor Melissa is away this week, so we’re letting Salon’s editorial intern Megan fill in on doing the Canada’s Best Beauty Talent  recap this week. She’s hoping her years of obsessive Project Runway watching (and let’s face it, judging) will serve her well.

This week, each team was given a model and cover outfit to create a summer cover look for Flare magazine. It’s a pretty big deal for anyone in the beauty world, and a difficult one too, since they not only have to complete the look in zero time, but think about trends, what will photograph well, what is summer

appropriate, and fits well with the magazine. It’s a lot to consider in only 45 minutes, and I don’t think the time restraint served any of the contestants well this week.

The guest judges this week were Max Abadian, a star photographer who has shot many Flare covers and would also be shooting their cover looks; Elden Bluestein, a makeup artist for Yves Saint Laurent, the makeup brand the contestants would be using this week; and Daniel Fiorio, representing Kérastase.

As for the cover looks, I’m not gonna lie, I was kind of underwhelmed. All three makeup artists cited “simplicity” as their inspiration, and that just doesn’t really work for a cover look. All the judges made this criticism regarding the makeup, although Abadian acknowledged that at a real cover shoot, there would be time to add more colour and make alterations.

My favourite look was Matt and Jenna’s, with the half-slicked back hair and bold cat eye. It was definitely the most summer appropriate. This was Coco’s favourite as well, although Lisa Tant absolutely hated it (she

didn’t seem to think any of these covers would really sell).  I didn’t like Marcia and Isabelle’s look and I agree with the judges that the side ponytail really didn’t work. I didn’t like Marcia’s makeup since it made the model look cock-eyed, even though I appreciated her use of colour on the eyes. Cait and Caylee’s vintage

Veronica Lake look I liked, but I completely agreed when Tant said it was a fall, not summer, cover.

Given how little the judges seemed to like any of the covers, it was pretty hard to tell who would be going home this week. Cait and Isabelle are ultimately sent home (Isabelle for having a poor attitude about being judged). This leaves the final four as Matt, Jenna, Marcia and Caylee. Marcia seems to be a clear favourite for makeup, and I think Matt showed that he understood the challenge the best this week, even if the judges ultimately didn’t like his look.

Who do you think will take home the final prize?