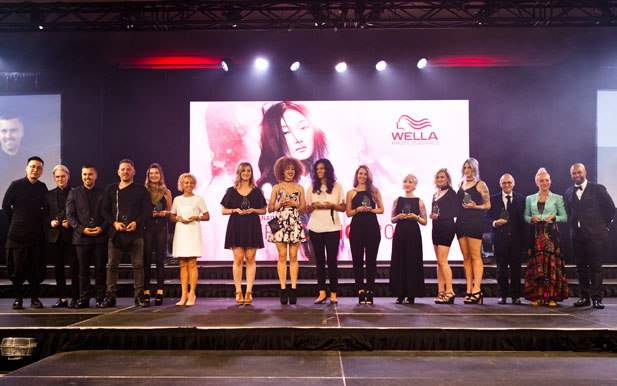 With the semi-finalists narrowed down to 15 in each category, Wella’s Canadian TrendVision Awards competition announced its finalists on Sunday, May 28, 2017 at the Westin Harbour Castle in Toronto. Seven finalists were announced in both the ColorVision and CreativeVision categories and will be advancing to compete at the North American TrendVision Awards in July in Los Angeles. Attendees had the chance to vote for their favourite looks for the People’s Choice Award, which was given out in both categories. In addition, winners were announced in the Student category. Along with the awards, the evening included artistic presentations from Wella and Sebastian artists.

The night began on a sombre note, with a heartfelt tribute to Wella’s late VP of education Fabio Sementilli who passed away earlier this year. Sementilli’s sister, Mirella Rota gave a touching speech on stage. Coty Professional’s senior VP, North America professional beauty and global nail, Sal Mauceri and Coty Professional Canada’s country manager Marianne Medeiros announced the company’s partnership with the Beauty Changes Lives Foundation in establishing the Fabio Sementilli Professional Mentorship Scholarship Fund and held a moment of silence in his honour. At the cocktail party, guests had an opportunity to sign a tribute wall filled with loving notes and memories.

Congratulations to all the Canadian winners! Wishing them to best of luck at the North American TrendVision Awards in July.