What Hairdressers Should do When Their Client is WRONG

“The Customer is Always Right;” It’s an old adage we often say without really thinking about. But what does it really mean? 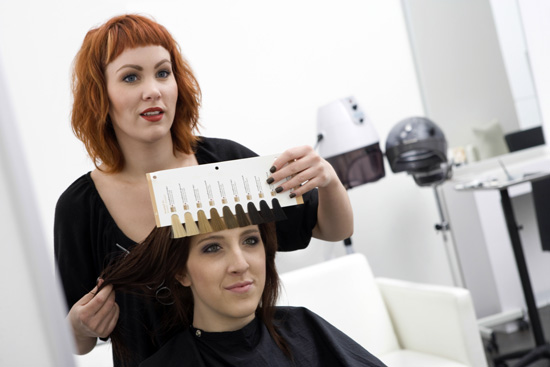 “Uh, yeah this colour is gonna look GREAT on you…”

I had an experience a few weeks ago with an air plan points company. I won’t go into the details, but after being transferred to the Customer Service Manager, Albert, I was immediately met with defensiveness. Within seconds, Albert was talking over me. He absolutely disagreed that I could have interpreted things differently. He was arguing over semantics. This resulted in two and half hours of drama and arguing while the Customer Service MANAGER went on a mission to prove me wrong.

I finally asked him if he even knew what it was I wanted. So he asked, and within a minute, he said he could credit me and I had gotten the exact result I was looking for. I told him he needed to learn empathy as a customer service person; yet he was still angry. And they lost a reasonably large account. All of this could have been avoided if he had just taken a second to find out what I was looking to do.

I see hairdressers do this all the time. The client feels the colour is too “_______”, and the stylist pulls out the swatch to show how it’s exactly what the client asked for; to prove the client wrong. But at what cost?

In our efforts to be right, we often spend time trying to “win” rather than just fixing the issue. I’ve seen 20 minute conversations (arguments), when instead all the stylist needed to do was recognize the client doesn’t like their hair and is unhappy.

Just shut up and listen, then agree with them. Whether you bring it down or brighten it up, break it up with a little highlight or lowlight; just shut up and fix it.

Even worse, I’ve seen hairdressers try to sell shitty work. Or tell clients to live with it for a few days; “It will lighten up.” The client is there and they are unhappy, and you know it isn’t your best work, so fix it immediately! Letting a client leave less-than-happy is a bad habit to get into and a recipe for disaster, to you as a hairdresser or the salon you work in.

Recognize that when a client is expressing her unhappiness, most of the time she is substantially more upset then she is letting on. IT’S HER HAIR! There is no “living with it for a few days.”

She is going to ask every one of her friends what they think. And if it’s not great, every single person now knows your name and how you let her go into her weekend with hair she hates. And people love drama and gossip. Don’t be the centre of it. Your reputation will forever be tarnished. (There are many owners who are short-term thinkers, and value the cost of a tube of colour more than they value their reputation!)

The client will almost never tell her friends that she asked for this shade, or that she was warned about the result but went with it anyway. It will just be that you made her hair “black.” When she calls her brown hair black, just agree it’s too dark and put in four or five foils around her face to break things up a bit.

This is not to say there aren’t some chronic complainers who always need something fixed. Once you determine the client is like this, you need to put your foot down, knowing you may lose them as a client, and that is OK. Luckily, there aren’t that many of them. The vast majority of people just want to look pretty and have nice hair.

The mark of a good hairdresser is not just the great work they do, but how they deal with things when they go wrong. And ultimately, it’s the client who decides when it’s right or wrong. 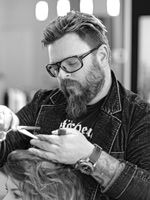 Michael Levine co-owns Caramel Salon, Space Salon and the Vancouver Hairdressing Academy with his wife in Vancouver BC. A hairdresser since 1994, Michael has done it all, from apprentice to platform artist, and loves coaching and inspiring hairdressers to see more for themselves. Visit his blog here.