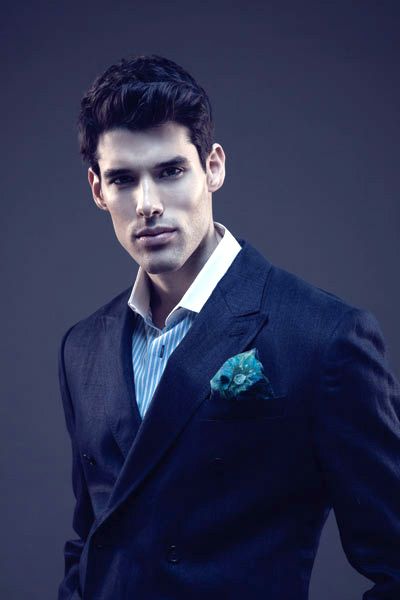 Four reasons for building up the male clientele in your salon.

Not only do you see your regulars more often, but you’ll also know when they’ll be back.

As men’s services evolve, whether it’s in the barbershop or the unisex salon, it’s clear that what men want is not the same as women. Phillip Elliott, director stylist at Chrome Hair Design in Calgary, Toronto’s Crows Nest Barbershop owner Jon Roth and barber Matt Sacchitiello show us the perks of going the guy’s way.

Where women can be varied in their interests and attention, men will come back if they know the service is solid. “I’m finding that a lot of guys ask me to book the same time, same day, every two, three, or four weeks for the next few months. With their two- to three-week intervals alone, I’m usually booked up,” says Elliott. Sacchitiello, who worked at a unisex salon for 10 years before joining Crows Nest, recalls, “There are usually two kinds of male clients: the ones who come once or twice a year, and those who come back every three weeks. You know you’ll see them again. With women, sometimes you see them every month, sometimes longer than that, and sometimes it’s a colour and cut, or this time they don’t want the highlights.”

Sacchitiello finds that men are more inclined to buy product at the salon, where they’re introduced to a product from their service. “We have a smaller product range at Crows Nest than a hair salon, and a lot of guys like to find everything [they use] at our shop rather than going elsewhere.” Roth will often tell them about a product he’s using as he’s doing the service. From aftershave to pomades to gels, Sacchitiello says that guys like the one-stop shop simplicity. And, once guys find a product that works for them, they’ll come back for it. “You have to keep their favourites in stock,” states Elliott.

3. Prebooking is a No-brainer

Not only do you see your regulars more often, but you’ll know when they’ll be back. Elliott shares his pre-booking technique: “When clients are at the cash, I say to them, ‘Look, this is your next appointment. By all means, it’s not set in stone and you can cancel or move it, but at least you have this appointment set aside.’ I find that 90 per cent of the time, they just accept it and that’s that.” Follow-through is just as important. At Chrome, text message or email confirmation are key. “People don’t really answer their phones anymore, and the call goes to voice mail,” says Elliott.

Roth, who has always worked as a barber, started Crows Nest to fill a gap he saw in men’s haircutting and styling. “Before, stylists would apply women’s techniques to men’s hair and men didn’t care as much about the way their hair looked. Now, guys are starting to care again about looking good and they like the ‘brand’ of classic cuts. Men’s hair looked the best in between 1900 and the 1950s, and guys today are returning to that era of classic cuts.” Thanks to period shows like Mad Men and Boardwalk Empire, more men are asking for specific cuts and styles.