Actress Kerry Washington Reunites with OPI as Their Brand Ambassador 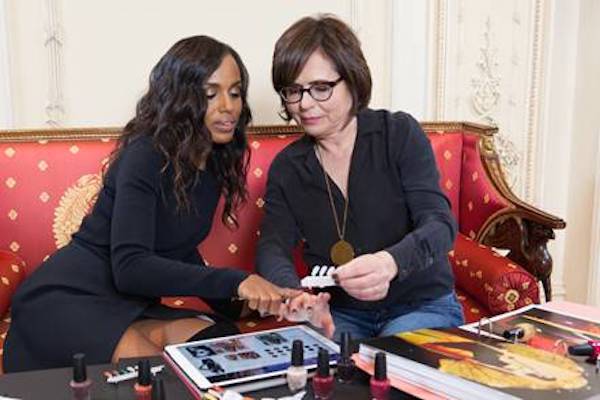 The announcement is just in time for the company’s 40th anniversary this year. Throughout the year, OPI will spotlight 40 of its iconic shades, including “We the Female,” a red shade co-created by Washington when she served as creative ambassador in 2016.

She was the brand’s first-ever creative ambassador and collaborated with OPI’s co-founder, Suzi Weiss-Fischmann to create their Washington D.C. collection.

“We are delighted that Kerry is reprising her role as brand ambassador during our anniversary year,” says Weiss-Fischmann. “She is a woman of style and substance who is fierce in everything she undertakes, from acting to activism.”

The actress says it is inspiring to work with Weiss-Fischmann, as she is one of the first female co-founders of a major beauty company. “She may be known as the ‘First Lady of Nails,’” says Washington, “but she is also a true champion of women’s causes—one whose impact far transcends her own industry.”