Our Contessa Awards host, Bill Rowley, joined Toronto’s Breakfast Television host Dina Pugliese earlier this morning, along with some of our #Contessa2019 finalists to showcase some of this year’s spectacular work. 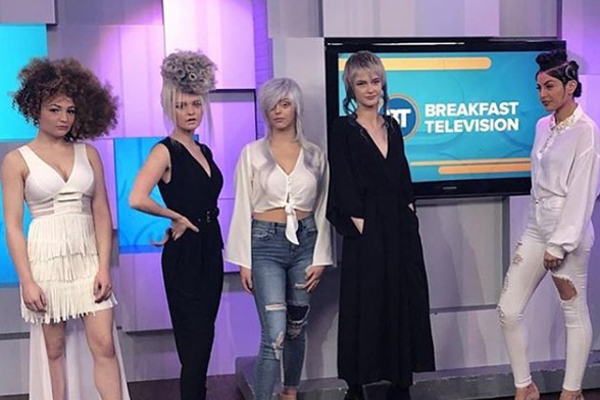 First up was a textured look by Frank Dicintio from Salon Gaboa in Woodbridge, Ont., (finalist for Salon Team), followed by a punky look by Tracy Newton of the Aveda Academy, (finalist for Ontario Hairstylist).

Last but not least, was a retro rock n’ roll look by Ermanno Venere, from Venere Salon in Oakville, Ont., (finalist for Salon Team).

Good luck to all the finalists!

Watch the segment on Breakfast Television.