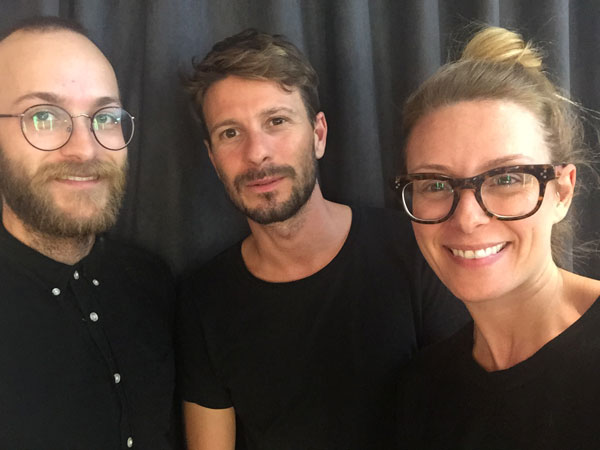 Whether competing for Canadian Salon Team of the Year or an individual award, the Contessas have a way of bringing salon teams together. We caught up with three Contessa-winning salons to find out how competing has made them stronger and what can be learned from the competition process.

This Montreal-based salon has won the coveted Canadian Salon Team of the Year award twice. “[Competing] brings the team together,” says Véronique Beaupré, co-owner of Local B. “It brings your work outside the salon, which makes it fun and different. You really challenge yourself as a team, and it’s an amazing learning process for everybody.”

Beaupré, who has also won Contessa awards for Canadian Hairstylist and Quebec Hairstylist, has taken a break from competing individually. She is now focused on mentoring her staff, including Mathieu Mainville, who won the 2017 Contessa award for Men’s Hairstylist of the Year. “For me as a leader and mentor, it’s just as rewarding as [winning],” she says. “I’m really proud of seeing my co-workers grow. I feel like I’m building careers. This is a big accomplishment as a salon owner.”

“[Competing as a team] is much more challenging but much more fun as well because you celebrate as a team.” says Mainville. “It creates bonds. Véronique showed me almost everything I know—I’ve been working with her since I’ve been a hairdresser. Whenever she is on set with me, she is there to answer questions, help me out with any issues and give me her input.”

“When you’re a salon owner, [Canadian Salon Team of the Year] is the best prize because it’s all about sharing, bouncing ideas off each other and building each other’s skills. You can get some good press about it and that’s amazing, but I think hairdressers want to work in a salon that’s creative.” ~ Véronique Beaupré, co-owner of Local B, Montreal

Beaupré, who isn’t ruling out any of her future individual entries, says it’s important to continue competing, even after you win. “It’s something that [elevates] your daily work,” she says. “It nourishes your artistry. “As an artist, I can’t do a square cut on a client every day and feel fulfilled. It pushes my art.”