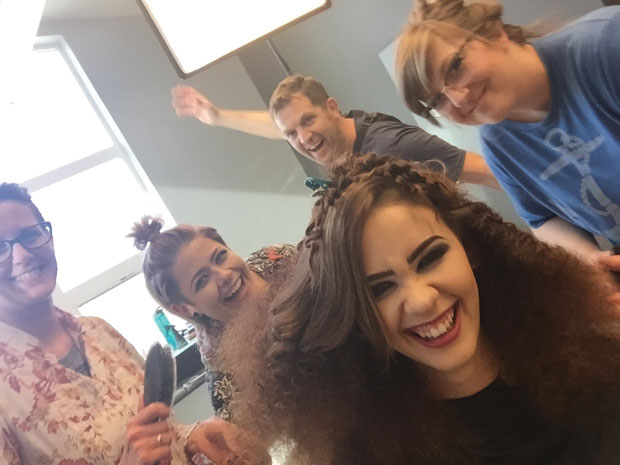 Whether competing for Canadian Salon Team of the Year or an individual award, the Contessas have a way of bringing salon teams together. We caught up with three Contessa-winning salons to find out how competing has made them stronger and what can be learned from the competition process. (Read part one of this series here).

“It’s a huge passion of mine,” says Johnston. “Contessa wins have expanded my career in so many ways. I’m at a point in my life where I want to give back and mentor young stylists and my team. For me, it’s really important to pass on the knowledge and get them excited about something that can change their careers.”

After winning the 2014 Contessa award for Canadian Salon Team of the Year, Johnston says it was a memorable experience that he and his team will never forget. “The night we won—and for weeks afterwards—there was definitely an atmosphere that I had never experienced before. It was a huge moment and a major feeling of camaraderie and success for everyone,” he recalls.

“[Winning Canadian Salon Team of the Year] was almost better than all the individual awards—with the multitude of layers of people involved and everyone getting recognized—having worked towards that common goal.” ~ Edwin Johnston, co-owner of Cutting Room Creative, Nanaimo, B.C.

“Karly has assisted me on shoots for many years, so she has learned a lot. [Her Canadian Colourist collection] was the first time she made it as a finalist, which was super-exciting for her,” says Johnston. “Her work looked awesome, and for me it was the best photo work I had done. Even though she didn’t win, I was really proud of her.”

While Menzies says she is “extremely proud” to have been part of Cutting Room Creative’s 2014 Contessa-winning team, she continues to have her eye on the prize. “There needs to be a level of pushing your boundaries,” says Menzies. “I have an incredible mentor who has won numerous awards, and it’s a very honourable feeling to have him support my ideas.”