A Chat With Past Contessa Winner, Tony Ricci

We caught up with past Contessa winner, Tony Ricci, to find out how his wins have impacted his career, and what he’s been up to these days. 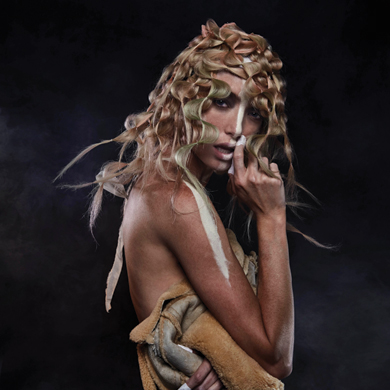 What do you remember about your first Contessa win?

It was quite shocking, and a life-changer. It was in all of the newspapers in Edmonton, and the phone was ringing off the hook.What was your most memorable Contessa win?
In 2011, I won four Contessas—Elite Master, Canadian Hairstylist, Salon Team and Alberta Hairstylist—in one night. That was pretty memorable. I felt like Michael Jackson (laughs).

What has been your favourite Contessa moment from the cocktail party or gala?

One year, Robert Lobetta was there and he came up to congratulate me. That was probably my most memorable moment, and I ended up shooting with him a few years after that. It was always a dream of mine to work with him. I had called him a few times before and he would say he wasn’t into shooting for people. He said ‘no’ about three times before he finally decided to shoot with me, because he said he looked at my work and thought we would collaborate well together. Great people want to work with great people, so showcasing your work
gets you some of the better photographers.

What are your goals now?

I’m excited about my role as artistic director for Flow, which is a Canadian company. My goal is to really showcase Canadian hairdressers and put them at the forefront.

From your experience, what can a Contessa win do for someone’s career?

I think my whole career grew from the Contessa wins. I ended up opening up three salons, so it grew my business; with staff wanting to work for me, and clients wanting to work with me. Also, I’ve done platform work for L’Oréal Professionnel and Kevin.Murphy, and now I’m artistic director for Flow— that’s all from the Contessas. People see your work and you get recognized, so manufacturers want to work with you. And it’s not only the wins that are important, but you get better as a hairdresser. It can do just about anything.