Feeling the #HairLove at Global Zoom 2018!

With flags waving and crowds cheering, Global Zoom landed in Toronto at the Enercare Centre on September 30, 2018. 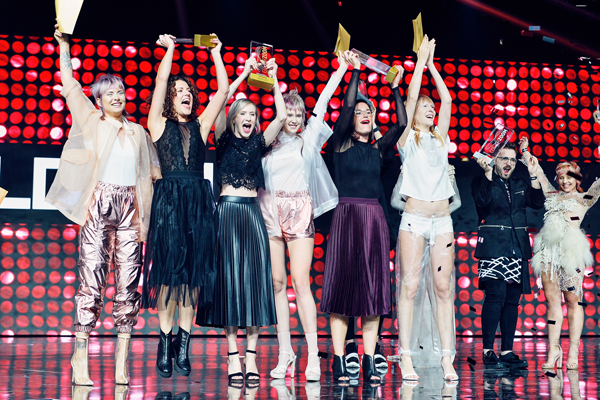 The event began with the always-exciting live competition, with 79 finalists from 33 countries around the world competing in the Partner, Creative and New Talent Colorist categories for the top prize—a chance to join the Color Zoom ’20 creative team.

Representing Canada were Taylor Brockerville from Hair Factory in St. John’s, Nfld., Connor Lange from Bob + Paige in Toronto and Vu Nguyen from Lure Salon in Vancouver, as well as Michelle Pargee who was the mentor for Team Canada.

Before the big show, Oribe hosted a cocktail party with its president, Daniel Kaner, in celebration of the brand’s 10th anniversary.

The Global Zoom gala show kicked off with high-energy music and choreography, including an aerialist.

Then, it was time for the grand reveal of the ColorZoom ’19 collection, Remix, which was created by the Color Zoom ’19 creative team. Remix reinvents classic styles with vibrant colour and bold cuts for a pop-art inspired look.

To close out the night—the moment everyone was waiting for—the winners were announced! A big congratulations to the Netherlands who, for the first time in Global Zoom history, swept gold in all three categories!