Our Favourite Nail Looks from the 2020 Oscars

When it comes to red carpet looks, sometimes the beauty is really in the details, and in this case, the nails! So many celebrities got creative with their nails this past Sunday night at the Oscars. From modern takes on the mani to impressionist designs to an influx of black polish, celebrity nail artists really stepped out of the box and brought out their A-game. Here are a few of our favourites from the night! 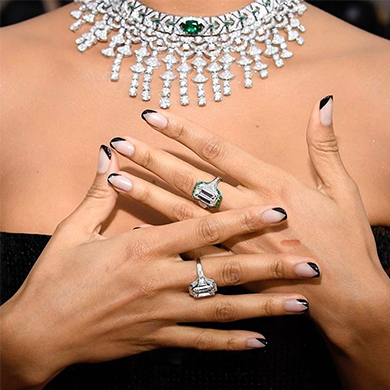 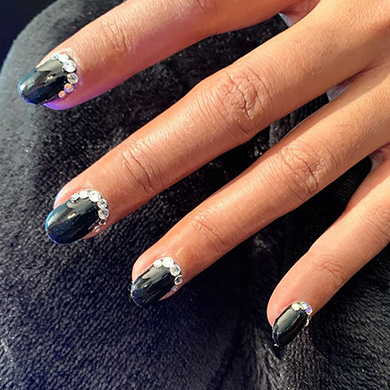 Janelle Monae was shining the whole night in her show-stopping crystal-embellished Ralph Lauren gown, so of course her dark-hued nails needed some glam to them as well. A touch of crystals on the cuticle line courtesy of by Sreynin Peng really did the trick. 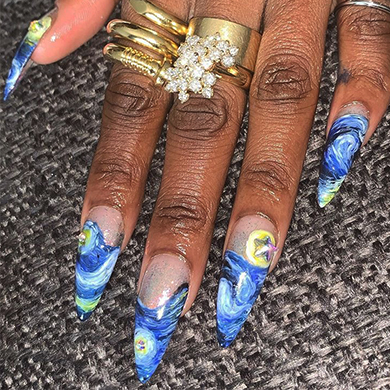 Harriet actress Cythia Erivo was the talk of the town on Sunday night with her hand painted manicure that captured Vincent van Gogh’s iconic “Starry Night” painting, which in this case, symbolized the star that led Harriet Tubman and the other hundreds of thousands of slaves to the Underground Railroad. Gina Oh was the nail artist behind this nail look and used used Aprés Nail extensions with Christian Louboutin Beauty nail polish. 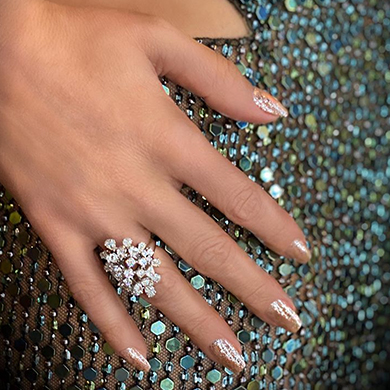 Let’s be real, J-Lo’s nails always look great, but artist Tom Bachik really did a beautiful job by starting with a neutral nude and elevating it with stunning sparkly top coat. Also paired stunningly with her glitzy aqua dress and diamond ring. 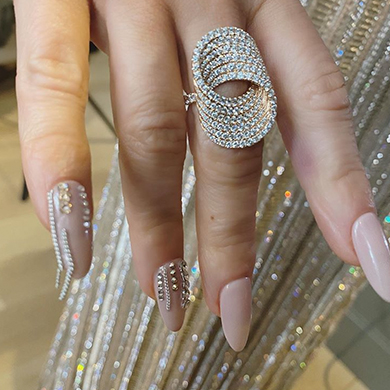 Jessica Alba looked gorgeous on the red carpet in her crystal covered Versace dress and matching crystal-embellished nude nails. But what sent us over the edge was that nail artist Kim Truong used crystals from her actual dress and even added in chains to dangle over the tips to mimic the movement of the beaded tassels.