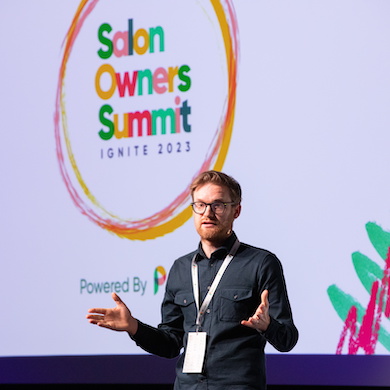 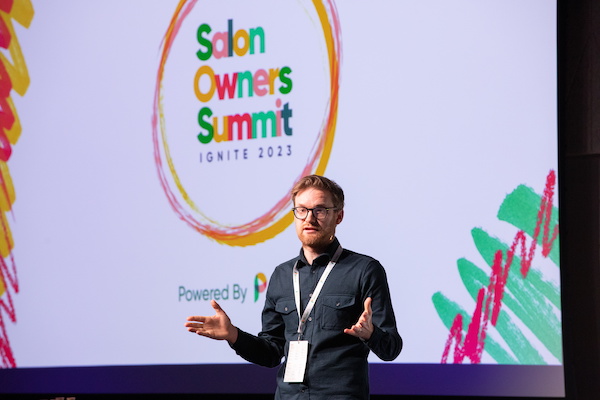 With more than 600 salon and spa owners, managers and beauty professionals in attendance from across Canada, the United States, the United Kingdom, Australia and Ireland, the two-day conference included a wide range of industry experts, business coaches and motivational speakers, such as Jason Everett from High Performance Salon Academy.

With “Ignite” as this year’s theme, the summit kicked off with a welcome message from Phorest’s CEO and founder Ronan Perceval, who shared his story of how he was inspired to create the company 20 years ago while he was working as a receptionist in a Dublin salon.

“The whole idea was to start marketing campaigns to help salons get busy in times when they are quiet,” says Perceval, who also reflected on the past three years of the pandemic. “It’s why the theme [of this year’s event] is Ignite because that’s where Phorest’s idea got ignited. What I’ve learned over the years is that when things are hardest, that’s when the best ideas come from; that’s when you really get to learn what you’re made of.”

The company’s leadership team including chief product officer, Paddy Monaghan, also took the stage throughout the summit to share some of their exciting new features and launches for 2023.

In addition to the stage presentations, the event included workshops that provided business advice and inspiration for everything from pricing structures, salon culture and hiring, along with guest speakers discussing sustainability, building a brand and more. One of the highlights was a seminar on workplace toxicity, led by salon owner, colourist and educator Sophia Hilton.

Day one ended with a networking drink reception and high-energy Bingo Loco that brought everyone together for a night of dancing, laughs and fun.

The afternoon featured guest speakers from outside of the industry to share their stories and business advice for building a brand, manifesting, elevating the guest experience and more. The summit concluded with a celebratory cocktail reception and afterparty at Odeon Bar.

Among the attendees at this year’s event were Vish, Procare and Sustain Beauty Co., which were partners of the summit and selected by Phorest for their sustainability initiatives.

One of the key takeaways from this year’s event is that Phorest is much more than a software company; they are a salon industry partner that can truly help grow businesses from the inside out.