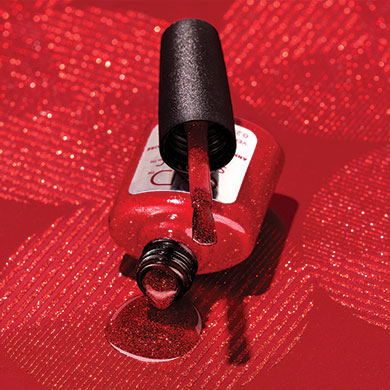 CND celebrates its 40th anniversary with a partnership with Swarovski.

For four decades CND has been a leader in beauty, with nail product innovations, cutting- edge technology and signature collaborations.

To commemorate their 40th (ruby) anniversary, the brand has announced its partnership with Swarovski. With crystals being a hot commodity in nail art, CND will be working with Swarovski for all of their 40th anniversary events, as well as releasing a special Ruby crystal mix pre-pack exclusively available to nail professionals.

CND is also releasing a limited-edition version of their bestselling CND Shellac shade, Ruby Ritz, making the red-hot look accessible for all clientele.